For the series "The 7 Virtues", the photo artist Sylwia Makris has intensively studied the Bushidō, the samurai's code of honor and conduct. In the staged scenes, warriors from historical events and works of Japanese art and literature are reinterpreted. The virtues of the Japanese sword nobility include: sincerity ("Gi"), honor ("Meiyo"), truthfulness ("Makoto"), benevolence ("Jin"), courage ("Yu"), etiquette ("Rei"), and loyalty ("Chūgi"). The Bushidō's guiding principles have been passed down orally for generations; their influence extends into contemporary Japanese culture and philosophy.

Makris' works are based on two central aspects: the play with traditional notions of Japanese war culture and a pictorial structure of tension that raises questions of pride and humility, strength and sensuality, attack and retreat, power and powerlessness. To recreate the scenes in a historically accurate manner, the artist worked closely with the curator of the Samurai Museum Berlin, Martyna Lesniewska. The photographs were first digitally processed before being printed on high-quality canvases and then refined with varnishes, color pigments, and waxes.

The large-format color photographs in strong light-dark contrast show performers in historical armor and with objects from the Peter Janssen Collection. The possibility of assigning new wearers to the garments and artifacts more than 150 years after the extinction of samurai culture, and thus breathing new life into them, captivated the artist in a special way. The samurai armor, made with the highest craftsmanship from high-quality metals and precious fabrics, had already exerted a fascination on the photographer for some time. A long-time friend of the collector Peter Janssen, himself a connoisseur of Japan, told Makris about the unique objects in the collection, and shortly thereafter personal contact was established. The series "The 7 Virtues" is already the second collaboration between Sylwia Makris and the Peter Janssen Collection. 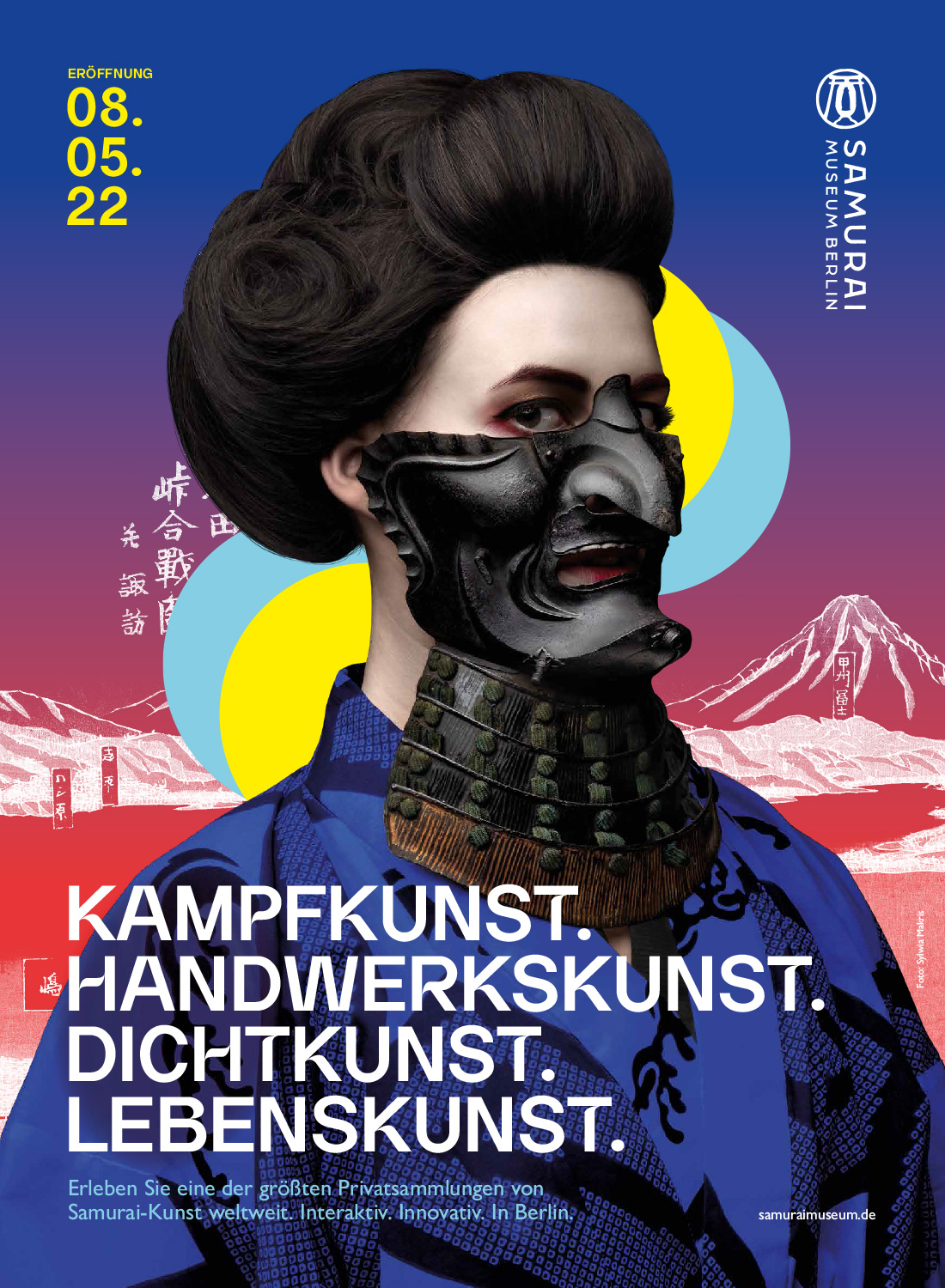